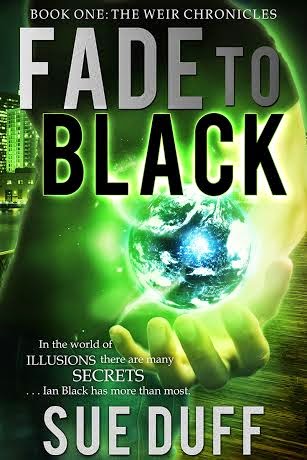 In the world of illusions there are many secrets . . . Ian Black has more than most.

Ian Black is an illusionist with a talent for keeping secrets. College student Rayne Bevan has a gift for uncovering them. She suspects that the popular performer's skills extend beyond the stage and that he's the area’s mysterious and elusive defender of the innocent.

In her efforts to uncover the truth, Rayne is swept into the hidden world of the Weir, a magical race
who struggle to prevent Earth from self-destructing. Her inquiries expose Ian to those who would kill
for his connection to the planet, and as he fights to keep Rayne safe, they discover a force behind the Weir’s raging civil war—a traitor bent on launching Earth’s Armageddon.

Check it out on Goodreads!

Between October 21st and November 9th, purchase Fade to Black, Book One: The Weir Chronicles ebook for just 99 cents! This special offer will be available during the novel's blog tour dates, so pick up your copy before the completion of the tour. As a bonus, sign up for the author's email list on her website and be automatically entered into a drawing for an autographed hardback copy of the novel! The winner will be randomly selected from the email list on November 15th!

My Review
This is a really tough review to write and I’ve been contemplating on how to write it while actually making sense.  Because I have tried to put my thoughts down on paper and the only way I can really explain this book is with this analogy.

Have you ever joined a group of people in the middle of a conversation?  Someone might be telling their bad experience of a date they had the night before or whatever.  You really have no idea what’s going on but you’re intrigued.  You want to know what happened.  And by the end of this conversation you basically get the gist of what happened but you have no idea how it got to that point.  You know you definitely missed some key points that would help you better understand as to why this date went south but all you’re left to do now is guess as to what happened up until the point you joined the conversation.

That’s how I felt with Fade to Black.  As a reader, you are thrown into this world without really an explanation.  You’re reading all these new terms and a whole new society and species that have two sides at war, and you’re left to try and guess what they mean and the history of this new people.  So I really felt like I was only getting half the story.  But with that said, I did enjoy it enough to keep reading it and therefore finish the book.

It’s definitely a unique storyline and it had that going for it and it was really written well.  And I could tell that the author, Sue Duff, really took her time creating this new ‘species’, the Weir.  But I felt like she took some shortcuts to get to the nitty gritty parts of the book.  And while that’s really awesome(I really hate books that drag on),  she really needed to give more of a back story then what she gave us about half way through the book.  Just some advice to authors; readers aren’t mind readers.  When you create a new world or a new society you need to flesh it out in the book and not expect readers to understand where you’re going with the story when you only give us 50% it.

Now, on to the characters.  I really didn’t connect with the main characters, Ian and Rayne, at all.  They were very two dimensional.  I honestly felt that the secondary characters had more depth to them.  I enjoyed Patrick, I thought he was a hoot and felt so bad for him.  Like me, he was thrust into this world without really anything to go on.  And I really loved reading from Jaered’s point of view.  He was this mysterious ‘savior’, as I like to call him, always coming and saving our main characters.  I hope we get to see more of the both of them in future books.

The one thing I absolutely hated, was the insta-love and the romance.  I cannot see how Ian and Rayne fell “in love” because they barely interacted.  I’m not even exaggerating, they had maybe 3 or 4 scenes together and by the end of the book they’re “in love.”  I’m sorry but I just don’t buy that at all and I really hope that the second book can fix my opinion of both of these characters and their romance.

It really was a fast read though, and I probably would have finished it in one sitting if it weren’t for those trivial things called eating and sleeping and that crazy thing called being social with your family. But I did find myself very invested in the storyline and the plot and wanted to see where this all went but I was left with a lot of questions that I really hope are answered in book two.

So, long story short.  I loved the story.  I really did.  It was new, it was fresh, but I definitely got confused at some points.  I do plan on continuing the series when the next books come out because I’m totally invested in this story now and want to see where Duff takes it.

I would say that if you’re interested in fantasy then definitely pick up Fade to Black.

Where did you come up with your ideas for Fade to Black?

I was in search of a new kind of superhero and I drew upon my love of science in a deliberate avoidance of all things alien, vampire, werewolf, or typical wizardry. From that basic premise, Ian’s character and the world of the Weir gradually took shape.


You’re a fan of both fantasy and science fiction, and your writing is a hybrid of the two genres. Can you talk a little about writing the book in such a way?

Although the basis of the story is very much Contemporary Fantasy, I pull strong SciFi elements into all the novels in the series. The basic plot centers on the fact that the Weir are dying out. In this day and age, it made sense to me that even magical beings might turn to modern science as a way to stop, or reverse, the extinction of their race. I enjoy the dichotomy that the Weir, with their care of the planet and emphasis of all things natural, debunk what they have stood for, over thousands of years, and mess with Mother Nature in  an attempt to save their butts.


Did the book involve special research?

Some research involves Ian’s alter ego, the illusionist. If there’s a show about magic or illusions on television, I’m usually watching it. I love coming up with variations of acts that I see or tapping into nature, as Ian might, to create a unique illusion.

Because of my love for earth and space sciences/astrophysics, not all of it is Greek to me. If I want a character to have a specific power, or the planet to respond in a particular way, I research it until I can  support it with fact or theory, or I shy away from using it. Their ability to shyft comes from the parallax effect,  rapid healing from complex matrix (a variation to what amphibians have that allows them to regrow  their tails). If I take liberties, they’re often minimal and come from my questions about the wonders of the  planet.


The book is equally appealing to males and females. Did you write it with both in mind?

In the beginning I had this complex, epic story to tell and focused on writing the first installment without a particular population in mind, but the appeal with a wide variety of age groups and gender became apparent  the more I shared it with others. I belong to a writer’s group that meets each week at a local bookstore. As I  read chapters from the novel, I realized the men in the group enjoyed it as much as the women. Since we  meet out inthe open, it’s not uncommon for the store’s patrons, especially teenagers or young adults, to  eavesdrop on ourgroup’s readings. I was equally approached by both genders during breaks or at the end  and asked questionsabout my story, or to tell me how much they enjoyed what they heard.


While Fade to Black is an entertaining read, you do have a message behind it as well for readers?

Yes, there are two things I hope people get out of reading the series. Regardless of the naysayers, believe in yourself and follow your own strengths and path in the world. Ian didn’t develop his powers as the prophecy predicted, and Rayne wasn’t the firstborn male Sar that her father desired. The fact that Ian turned to  illusions in order to do what he couldn’t naturally (lack of powers in a magical world) is key to his character.  Tortured for what he had no control over, he discovered and nurtured something that he could control.

Secondly, accept that science can’t explain everything and embrace the wonders and mysteries in the universe. My favorite line from the first book is: There will always be magic in the world, as long as we  believein what we don’t understand.


Any non-spoiler sneak peak you can give us into the next installment of the series?

I offered lots of action, suspense and mystery in Book One and I’m confident that I continue to deliver that in Book Two. The Weir’s meddling with science to perpetuate their race is again central to the second installment, but the antagonist’s global annihilation agenda takes an unforeseen turn. At the end of Book One,  I revealed how important a secondary character was to the plot, and Book Two equally focuses on  him, Ian and Rayne, while setting up mega layers of tension and angst between the three of them. 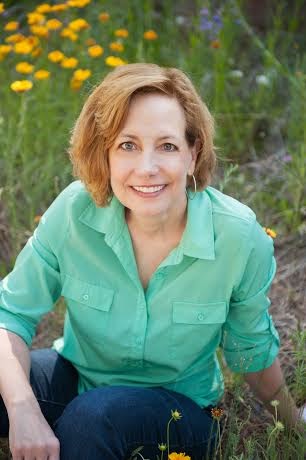 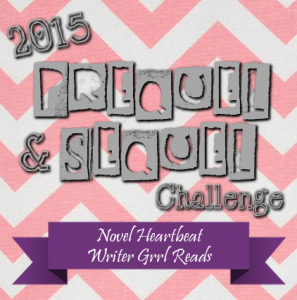 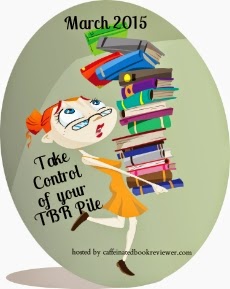 Order from The Book Depository!

Get your own banners at I'm Loving Books!

Get your own Team Stickers from I'm Loving Books